Driven by Advancements in Smart Technologies such as AI and IOT and an increase in fire safety regulations for Building and Construction, the Global Fire Safety Equipment market is forecasted to cross US$65 Bn by 2028 says Ken Research Study

Global Fire Safety Equipment Market is expected to show steady growth during the forecast period, owing to recent advancements in smart technologies such as AI and IoT for fire analysis and fire detection. For instance, fire alarms are connected to the cloud and are able to notify users through mobile phones and show the best escape routes during a fire outbreak. The market is forecasted to reach ~US$ 65 Bn by 2028 from ~ US$ 45 Bn in 2022, witnessing a CAGR of ~7% during this period. 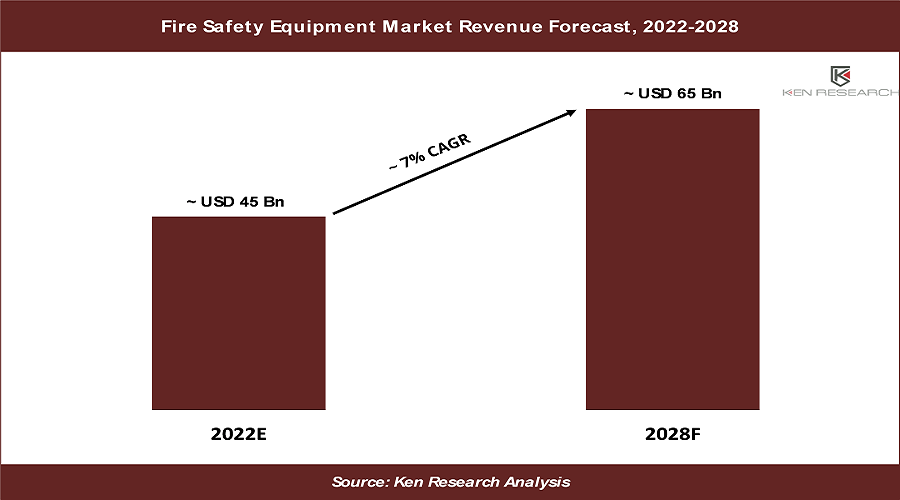 According to National Fire Protection Association (NFPA), there have been an average of 3,840 construction fires in USA for years 2013-2017, which occurred during construction, renovation, and demolition of buildings. 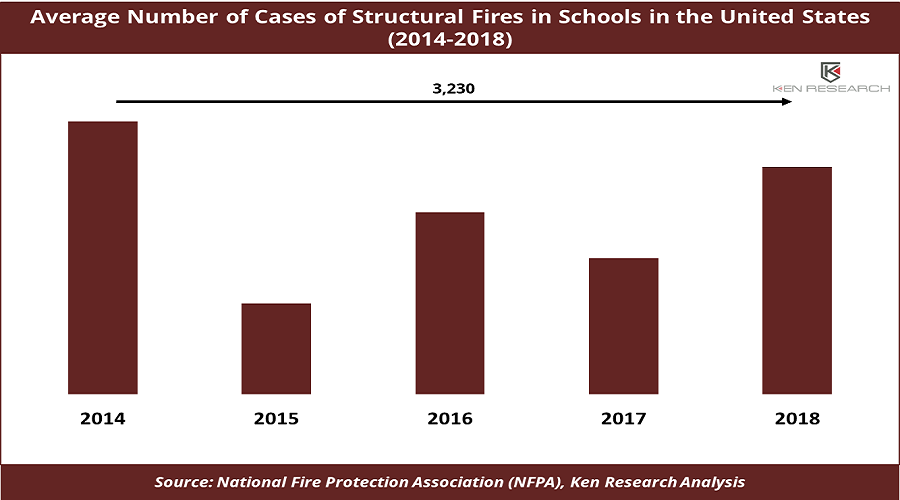 Corrosion in the Fire suppression system is the major challenge for the global fire safety equipment market. 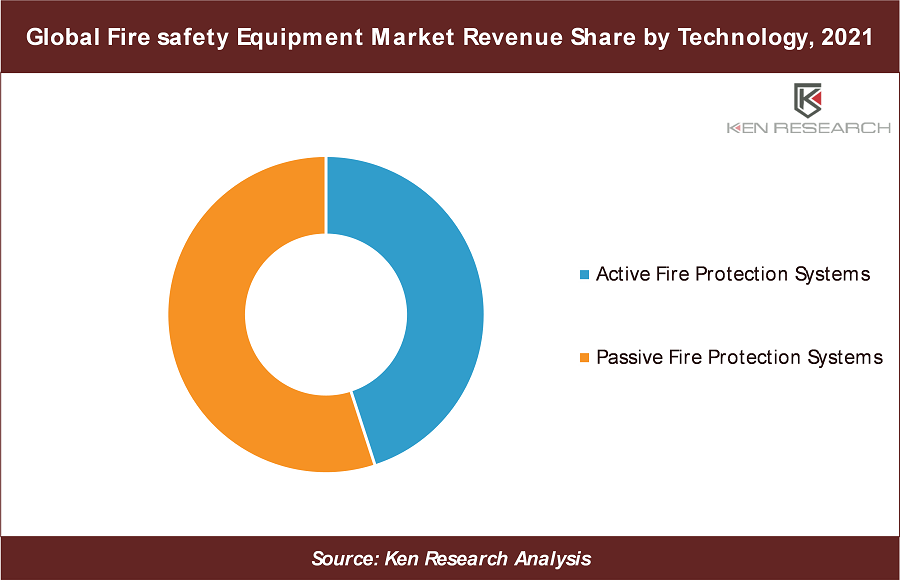 North America accounted for the largest market share in 2021, due to its strict rules regarding fire safety and continuous structural developments.

The US alone accounts for the 3,761 fire safety equipment companies which include manufacturers, installers, distributors, integrators, and consultants for the US as well as global market. 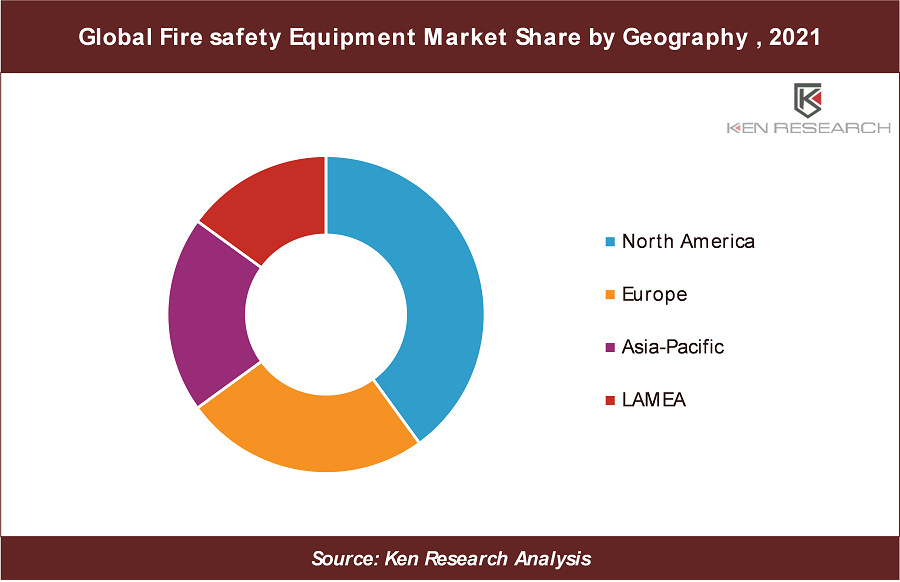 For More Information, refer to below link:-

With more than 1000 Competitors, The Fire Safety Equipment Market Is Very Strenuous For New Players To Make A Mark In The Market Says Report: Ken Research