Driven by the increasing military and defense expenditure and modernization costs, the Global Night Vision Device Market is Forecasted to Cross US$ 14 Bn by 2028 says Ken Research Study.

Night Vision Devices are optoelectronic devices that intensify the infrared, gamma, and ultraviolet light and produce a visible image that can be seen during the night or when the light levels are low or if it is dark. These devices can be handheld, mounted, or integrated into vehicles. Due to the benefits provided by these devices, they find a wide range of applications in military, defense, wildlife, and security-related activities among a host of other areas.

According to Ken Research estimates, the Global Night Vision Device Market – which is estimated to be around ~US$ 8 Bn in 2022 – is expected to grow further into a more than ~US$ 14 Bn opportunity by 2028.

1.    Growing Applications Beyond the Traditional Defense and Security Related Areas to Boost the Market

The global night vision device market has grown due to its applications and effectiveness for military, security, defense, surveillance, and crime prevention-related areas. The market is also growing due to the adoption of state-of-the-art technologies and the availability of a wide range of products available to end consumers now which is going to drive the growth of the market during the forecast period.

The products have now found growing applications in areas of wildlife spotting and conservation as well as having been widely used during the Covid-19 pandemic situation. 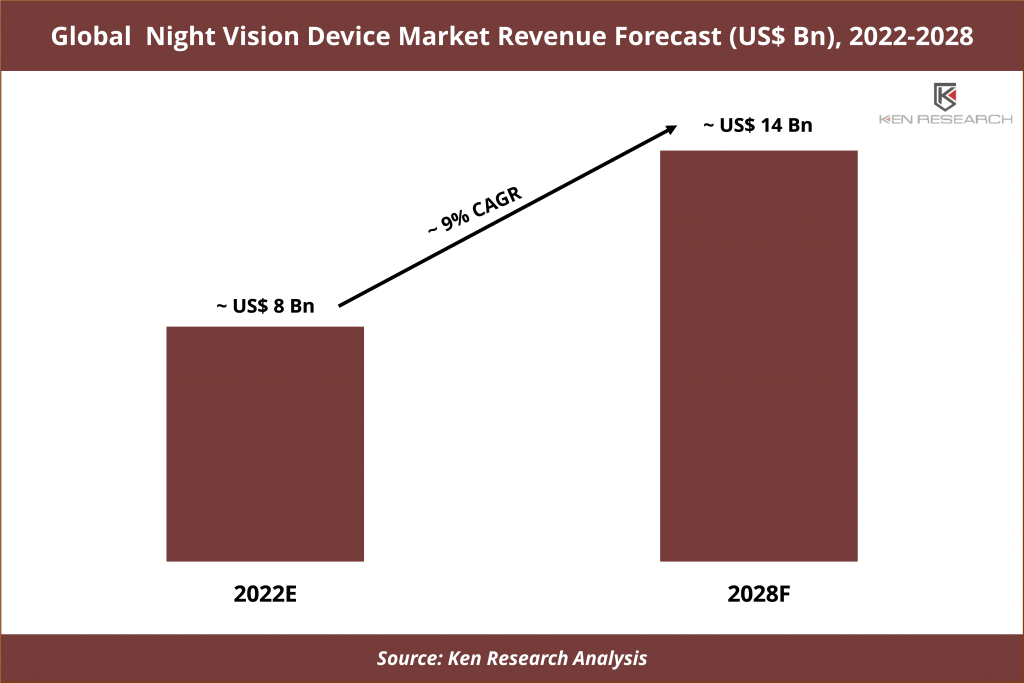 2. Rising Spend on Military and Defence Related Activities Worldwide has Accelerated the Use of Night Vision Device

The growing concern by the governments worldwide on the safety of their citizens and the continuous efforts to safeguard their own land from any major mishaps from internal or external threats from terrorist attacks or any other security issues has resulted in increased military and defense budgets worldwide on a consistent basis.

Night Vision Devices are a critical part of the military and defense equipment for the security forces which is going to drive its demand in the near future also. 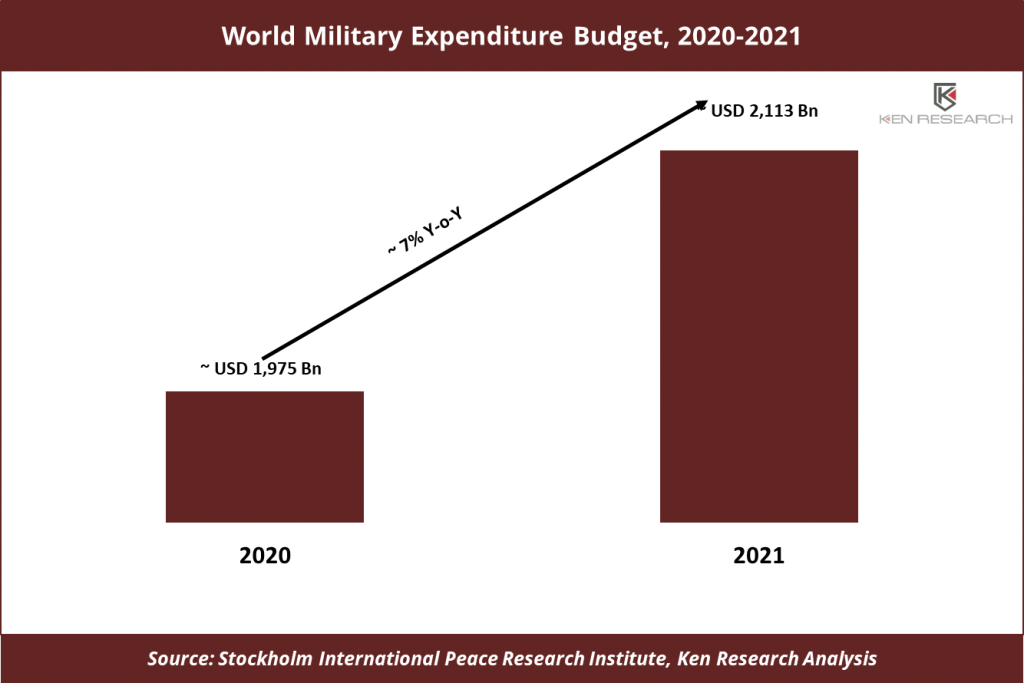 The prevalence of incidents across the globe on border infiltrations is driving countries and regions to spend more on their border security. Countries like USA, India, and Regions such as European Union have increased their spending on border surveillance to protect themselves from any threat that can result from these incidents.

For example, after the India-China border issues in 2020, India spent INR ₹ 20,776 crores (US$ 2.6 Bn) on enhancing its military capabilities to deal with the challenges that arose on the border. 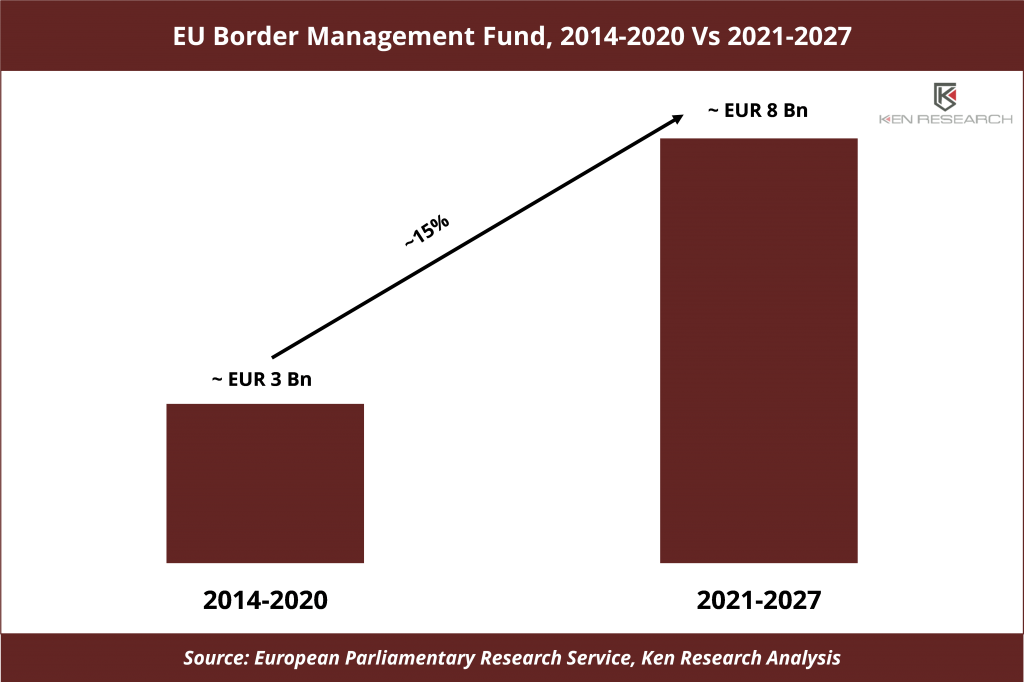 For more information on the research report, refer to the below link:-