Cloud gaming refers to a game that lives on a company server rather than on the gamer’s device or computer. The gamer enters the game by installing a client program that can allow to access the server where the games are running. The main advantage of cloud gaming is that the gaming company can upgrade or modify the games without having to worry much about the capabilities or performance of users’ computers. Cloud gaming has been there since the late 2000s, but the technology and internet speeds were not properly optimized for its performance until several years later.

A comprehensive competitive analysis conducted during the Research Study found that the Global Cloud Gaming Market is highly competitive with more than 500 players which include globally diversified players, regional players as well as a large number of country-niche players having their own niche in Healthcare industries. The large global players comprise about ~10% in terms of the number of companies and Country Niche players account for ~65% total number of companies. Most of the country-niche players are start-ups. Some of these who successfully evolve to create application-specific solutions often get acquired by large global players seeking to grow and diversify quickly. Ken Research shares 3 key insights on the competitive landscape of this dynamic market from its latest research study. 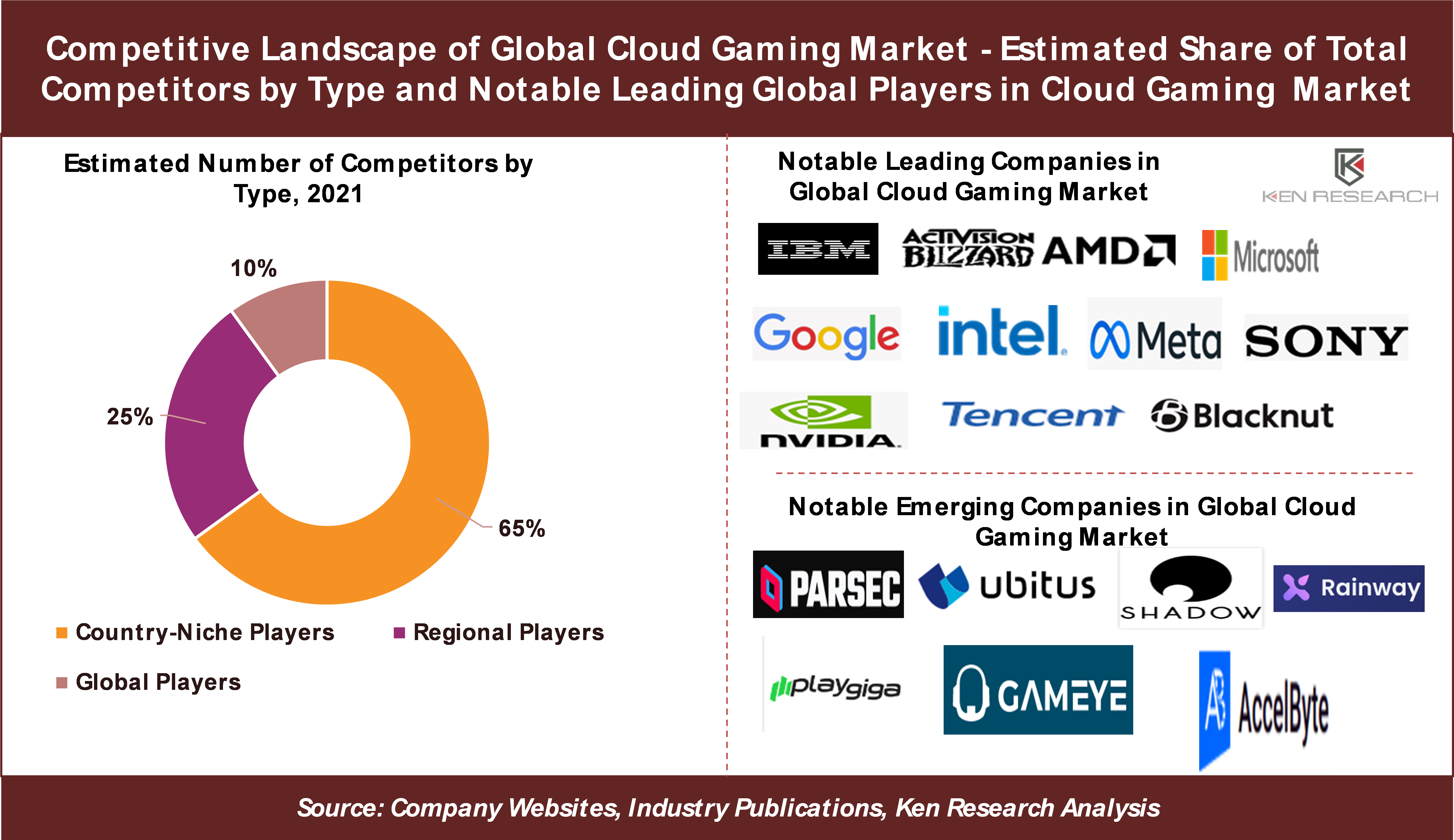 Detailed comparative analysis of key competitors available within the Research Study shows that specialist players such as NVIDIA Corporation, Tencent Holdings Ltd., Activision Blizzard, Inc., and Blacknut are highly focused on providing a significant number of Cloud Gaming solutions and advanced techniques that can be used across Gaming Industries. Furthermore, several companies and organizations are aggressively investing in R&D to increase the development of Cloud Solutions in the Gaming Sector. Some of the developments of the global players are:- 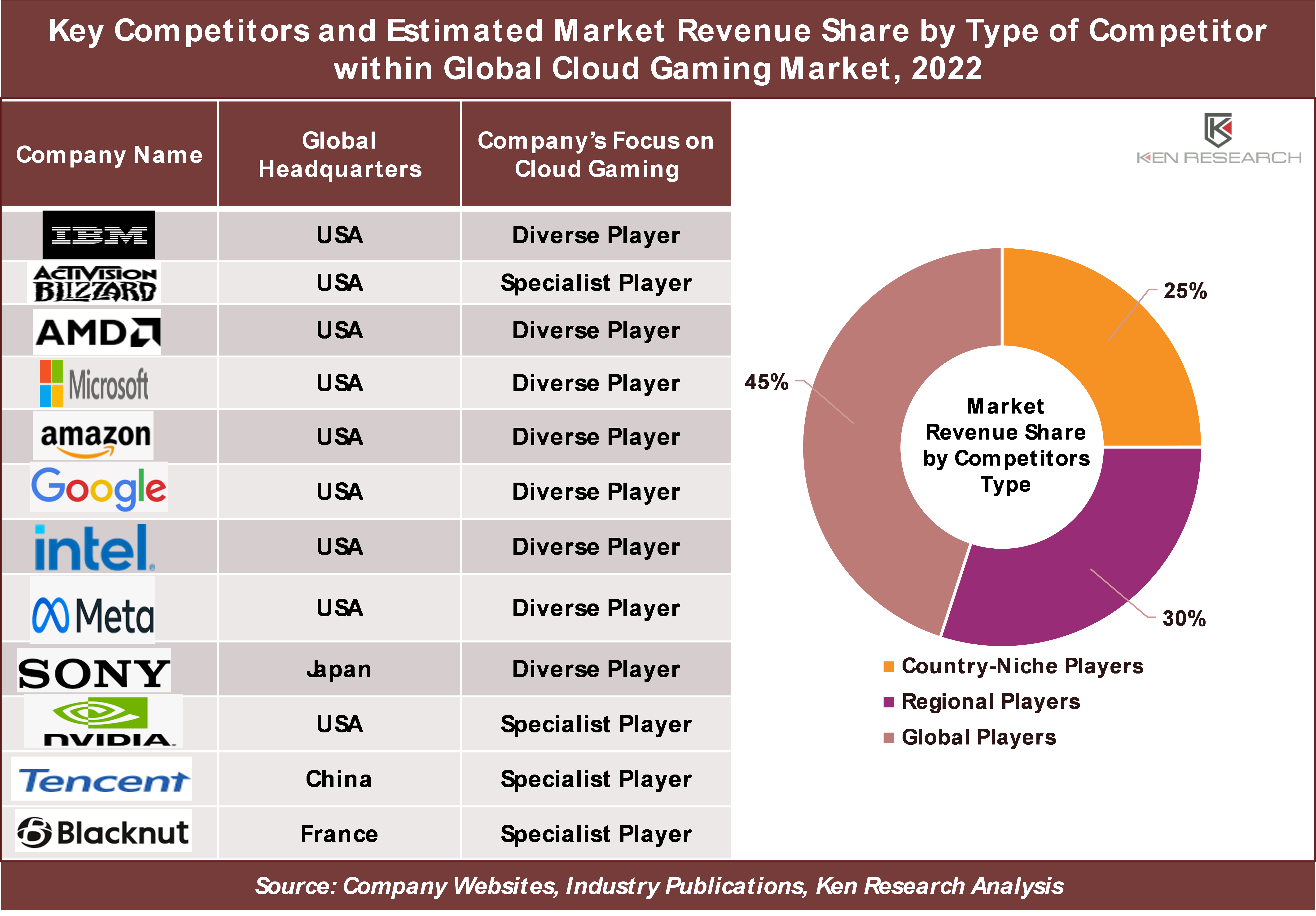 Post-Covid pandemic, the trend of launching products with accelerated the use of cloud gaming devices and services has gained momentum with the launching of 5G in many regions

While many sectors of the economy are suffering as a result of the isolation and pandemic, the game industry is growing rapidly. The pandemic of Covid 19 has substantially accelerated the use of cloud gaming devices and services because the gaming industry was immediately ready to serve customers digitally and meet the growing demand for digital entertainment and due to lockdown restrictions people were mostly locked at their places and cloud gaming did not require any additional hardware and can be played almost on any device turning it into their pass times during lockdown.